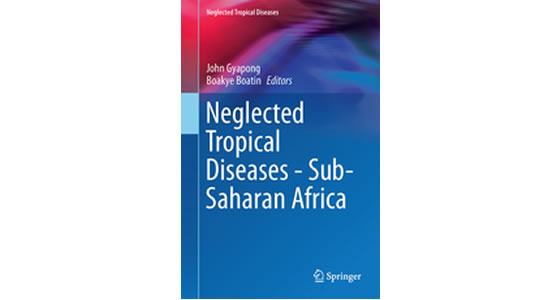 This book sets out the neglected tropical diseases (NTDs) through the lens of sub-Saharan Africa (SSA). Twelve of the major NTDs are presented. They include Buruli ulcer, Guinea worm, human African trypanosomiasis, leishmaniasis, leprosy, Loa loa, and lymphatic fi lariasis. Others are onchocerciasis, podoconiosis, schistosomiasis, soil-transmitted helminths, trachoma, and yaws. Additional areas which
transcend all the NTDs such as health systems and their role in NTDs, the social and economic impact as well as vector control, an often less talked about area in recent times in the control of NTDs are also discussed.
The disease specifi c chapters are written following a theme which is common to all, but there are important variations on the theme within the structured sections.
Each chapter therefore can be read independently on its own but read together with the chapters on health systems and social and economic implications will make them even more complete. Areas that have received detailed attention include diagnostics especially for those diseases that are targeted for elimination, future control tools including drugs as well as critical research needed to help overcome the challenges
that have been identifi ed for each disease.
As expected most the challenges that have been identifi ed for the diseases cut across many of them, but some challenges are very disease specifi c. With this in mind, a section on the expected situation for each disease in the next decade is highlighted for each of the chapters.
The authors were drawn almost entirely from African research scientists and individuals who have either worked in their respective ministries of health, have come face to face with the realities of the ravages of NTDs in their countries, or have experience in the control of the diseases.
In taking on this assignment it was clear that there would be diffi culties in trying to work with so many contributors; however, the task was made less arduous by the willingness of the authors to work as a team and in close collaboration with each other. Many people who are not listed in the chapters helped in many ways to get the manuscripts together. Their contributions are well acknowledged.
It is our wish that this book, apart from providing some basic information on the specifi c NTDs and the special ways that NTDs present in SSA, will also be a good source of a wide range of references on NTDs to readers. In a word, this book will
be a useful read for all who are interested in doing something about NTDs in SSA.